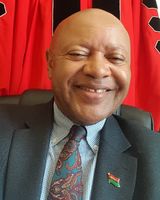 I come from a very, very large family in the Roanoke, Virginia area.  From as far back as I can remember, we have had family reunions on both sides of my family on a regular basis.  Relatives come from all over.  I thought I knew my roots, but I was blown away in 2011, when I discovered that there were hundreds of "other" wonderful African-American Hiltons/Hyltons having family reunions since 1983 in other parts of the country.  And most of us did not know them.  Amazing!  Yet several of the elders of "that" group of relatives knew my late father (Richard), his sisters (Dot, Sis and Vee), and brothers (Claude, Walter, Mose, Howard and Harvey) as youths!  You see, their roots were also in Virginia.

The Commonwealth of Virginia is also called the "mother state of U.S. Presidents."  My name is Keith Orlando Hilton (Ife Chukwu).  Today I live in Daytona, Florida, after living in California for 30 years.  Although I proudly and honestly tell all that I matured in New York, the great fact is that I am the middle child born in Roanoke, Virginia to D. Richard Hilton (1919-1997) and Virginia Hortense Reynolds Hilton (1922-2004).  Virginia was a graduate of Lucy Addison High School in Roanoke City, while Richard had his roots in Bracke Town and Bent Mountain in Roanoke County!  My paternal grandparents were Fitzhugh I. and Leatha P. Hylton. My maternal grandparents were Clarence and Martha Reynolds. (After Clarence's death, Martha later married my step-grandfather Junius Baskerville.) Today I am a father and grandfather.

Although this website centers around connecting thousands of worldwide relatives of the branches of the "Commonwealth of Virginia" Hiltons, Hyltons, Heltons, and Reynolds family trees that originated in West Africa (Sierra Leone, Liberia, Nigeria and Ghana) and then migrated to the USA and the Caribbean (e.g. Jamaica, Barbados, Dominican Republic) via "slavery" (i.e. prisoners of war) and then genetically expanded via England, this website is about more than the current "Commonwealth of Virginia" family.

Our Hilton/Hylton/Helton/Reynolds relatives are now everywhere (some are even doctors), from Germany to Japan, and from Boston to the Bahamas via our African, Asian and European roots.  And many have never met or know that they have deep family roots throughout the USA, the Caribbean, Europe, Asia and Africa.  Some are straight-up Jamaicans (Prime Minister Portia Simpson Miller, banker Patrick Hylton), straight-up Trinidadians, straight-up Dominicans, straight-up Brits (singer/musician Javine Dionne Hylton), et al, who never knew they had American or other Island or African relatives (until now), and vice-a-versa.  We have thousands of success stories to now tell.  This website helps bridge the gap while especially honoring those in the Roanoke area who continue to inspire me, and hopefully others.

This website is also dedicated to our "other" relatives that I "discovered" in 2011 and 2012, and learned even more about from two of my senior cousins, Cousin Juanita P. Cooke (Washington DC) and Cousin Yvonne Page Hopkins (Roanoke), both whom I have known since I was a child.  They are older than me and my siblings.  As the daughters of Claude and Essie Page, they have been blessed to actually know members of both of these branches intimately.  Their father, Claude, was my father's eldest brother.  (On December 27, 2011, I had a great two-hour conversation with the family historian, then 80 year-old Dr. Robert Lawrence Hylton, Sr. of Westbury, Long Island.  Talk about "dropping knowledge"!  Thank you, Cousin Lawrence.  Click here and scroll down to see  the family tree authored by Cousin Lawrence.  Since January 2012, I have also gotten invaluable information from several others, including Cousin Anna Crockett in Roanoke (then 83 years-old), Cousin Kenneth Hylton in Detroit (82 years-old - who passed away in September 2012), and Cousin Charlotte Helton-Cunningham in Roanoke (and her bible filled with family history).  In June 2012, I received another family surprise when Sandra G. Hylton of Maryland came by my annual Las Vegas conference and told me of hundreds of other relatives still in the Stuart, Virginia area.  On the Reynolds side, I got some invaluable family history from Aunt Youtha Reynolds Carter in Martinsville, Virginia, Cousin Patricia Thompson in Chicago, Cousin Deshawn Thompson in Richmond, Kentucky, and Cousin Virginia Kirtley in Columbus, Ohio.

This next link, for example, reflects some Hilton/Hylton roots as being 1) black, white and perhaps bi-racial.  It also shows that the tree is 2) worldwide.  KOH's aside:  "There is only one race, which is the African race, which is the human race!  All people can be correctly divided into two branches, the Acknowledged African branch (black folks) and Unacknowledged Africans (non-blacks and others reluctant to acknowledge their African origins)."

By the way, click here to see KOH at the Hylton Castle in Sunderland, England (September 2011).  This was very educational and eye-opening.  (The infamous Paris Hilton and her family are from Norway, not from the Hylton Castle family.)

* Please note that some of the Hiltons, Hyltons and Heltons from the Caribbean are not directly related to those from Virginia, however, we all still share a common African history AND the Hylton Castle connection, therefore we are family!  In addition, my (KOH's) daughters all have direct Jamaican and African-American roots.

This website serves four purposes.  1) It is a personal journey and record for and about friendships and families. 2) It is a website for Roanokers, Virginians and all our friends and family worldwide, of all ethnicities, to honor the past and build for the future.  3) It is about each and every page tabbed at the top of this page.  4) It is also about preserving the history of the many African-American high schools that once peppered the state, but have long closed because of racism and desegregation.  But it is especially in high honor of two of the greatest high schools in the history of the state -- George Washington Carver High School (Roanoke County) and Lucy Addison High School (Roanoke City).  It is my goal and dream, with the full backing of INVR Standards / HHEW and friends, to now establish a world-class, African-American and African-centered university in Roanoke during the second decade of the 21st century called Carver-Addison University (CAU), that rivals the greatness of Clark-Atlanta (HBCU), Claflin (HBCU), College of New Jersey (PWI), Chapman University (PWI), Northern Caribbean University (Jamaica) and University of Cape Coast (Ghana).  The name and mission are already filed and copyrighted.  Who is with us?  Roll call!  For more information about plans and interest in Carver-Addison University, visit the HHEW Colleges Project website or email us @ roanokerelatives@invrhhew.org or hhewcolleges@invrhhew.org.

We strongly encourage visitors to this site to post or respond to at least one blog comment each time you visit.  This helps keep this community current and connected.  And don't be afraid to ask questions or seek the whereabouts, etc. of friends and family, you might be trying to find.  We especially need photos and videos!

Please share this website link with others so that this website will become one of the top Internet sites for 1) Roanoke, 2) Virginia, 3) reunions, and 4) African-American history.  Thank you.

Everyone visiting and using this website will not be related directly, but there is something in here for everyone. Please bookmark this website, contribute to it, tell friends and visit often. There is a lot to talk about, write about and tell about Roanoke & Relatives! -- Keith Orlando Hilton, PhD (Slate Hill, Carver, Pinkard's Court, Glenvar, Cave Spring, VWCC, ETSU, ISU, SJU, CGU)

This is only the home page. Please click the top tabs for more...
...and/or email us: roanokerelatives@invrhhew.org 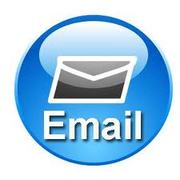 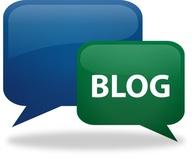 1) Are you a relative, 2) are you trying to connect with lost or new relatives or
3) just want to introduce yourself? 4) No need to re-invent the wheel, so also
just click or log-in to one of these above social networks, and each time you
see someone with the name Hilton/Hylton/Helton, befriend them and let
them and us know you are family or that you know someone who might
be related or might know a relative!  Thanks, KOH, PhD
Although this website was created by moi (Keith Orlando Hilton), I prefer that it now be ran by a committee of relatives. Interested?
This website was first published on December 24, 2011